Each month a team member of Metro will be writing a movie review to share with you. And this month team member Melissa Venn has reviewed 'Any Questions for Ben?' Directed by Rob Sitch, Written by: Rob Sitch, Santo Cilauro & Tom Gleisner, Starring: Josh Lawson, Rachael Taylor, Felicity Ward, Daniel Henshall & Christian Clark.

To start with I love Australian Film and I love to support it wherever I can and when I saw the cast of this film my friends and I were keen to see it especially since the writers had in the past come out with some fantastic films such as The Castle & The Dish - no pressure?

The story follows Ben a 27yr old guy living in the heart of Melbourne with a job that most people could only dream of a ‘Strategic Brand Manager’ where socializing and partying all part of his job it seems. Ben is loving life and enjoying it to the full ie: dating famous tennis players, being paid to party and attend ritzy events with the ‘beautiful people’ until he is forced to stop to truly reflect on his life. Ben is asked to speak at his prestigious academic high school. He is invited by the principal (cameo by Director Rob Sitch) to speak about his job, according to his friends this is a great honor and he should feel excited and proud of this achievement.

The night of his High School speech night he meets Alex (played by Rachael Taylor) an ex-student that he has lost touch with over the years who has a fulfilling life as a Human Rights Lawyer in Yemen. In comparison Ben’s career and life seems insignificant and it is from this point in the movie we begin to see Ben’s internal struggle. Everyone tells Ben how GREAT his lifestyle is but he himself no longer sees the value in it. His lifestyle in his eyes is vacuous and pointless.

He tries to reconnect with Alex but Ben has this habit of not “following through” (a constant theme throughout this film that becomes a bit frustrating). We watch as Ben makes attempts to connect with Alex but she remembers him, how he was, and believes he won’t change. It takes some ‘mountain moving’ gestures on Ben’s behalf to try and change her mind.

The film in my mind began really well; the characters, script and actors were really great. I particularly enjoyed Felicity Ward’s character and there are many great laughs in this film aside from the issues it deals with. I felt however as we watch Ben we feel for him and want him to succeed in finding himself but about two thirds of the way through I just could not relate to him anymore. I felt frustrated by him and lost interest in the character completely (I felt this was a story issue and not the acting of Josh Lawson).

Overall the movie was (believe it or not from what I have said above) worth seeing. There are some great lines, beautiful scenes and cinematography of Melbourne. To be honest I feel you could wait for this one to appear in the DVD store for a night in on the couch with your friends. 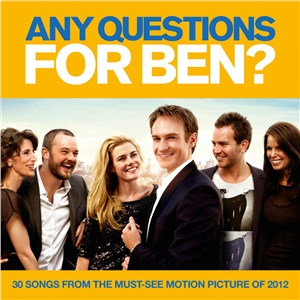 Posted by Metro Property Management at Monday, March 19, 2012 No comments: