Each month a team member of Metro will be writing a movie review to share with you. And this month team member Courtney Gardoll has reviewed 'The Five Year Engagement' Directed by: Nicholas Stoller, Starring: Jason Segal, Emily Blunt & Chris Pratt

Having recently become engaged myself I was looking forward to seeing this movie, as weddings are on my mind!

Jason Segal, best known for his work on the TV series 'How I Met Your Mother' and in the film 'Forgetting Sarah Marshall', heads up the cast while also co-writing this edgy romantic comedy, which plays to his style of comedy.

The Five Year Engagement explores the modern day dilemma of managing a successful career and a relationship. We meet Tom and Violet, played by the hilarious Jason Segal and the gorgeous Emily Blunt respectively, who after a year together have become engaged.

The couple then move interstate as Violet has secured her dream job. Tom gives up a fantastic career of his own for the move and this leads to him becoming increasingly distant from both Violet and society. Violet can see this happening but chooses to ignore it by burying herself in her work with her charming boss while Tom continues to hide his true feelings about the move even though he has promised to let her know as soon as he’s unhappy. The wedding gets postponed again and again while the couple fall in and out of love, much to the dismay of the ever passing away grandparents. It takes some soul searching for each of the main characters to realise what the audience has known all along, that they belong to each other, with the movie coming full circle back to the start only this time with a twist.

There is a good mix of both crude and obvious humor and sweetness between the characters and also, as in forgetting Sarah Marshall, Jason Segal’s butt! A special mention should be made to Tom’s best friend, Chris, and Violet’s sister, Suzie, who deliver many of the funny scenes.

I give The Five Year Engagement 7/10, whilst you may go into the film thinking this is your typical romcom the on screen chemistry between Jason Segal and Emily Blunt is amazing.  You could not be blamed for thinking the actors had an offscreen romance, although I have heard them in interviews vehemently denying so.
I would recommend getting to the cinema and seeing it, but I can also see how it may not be everyone’s style. 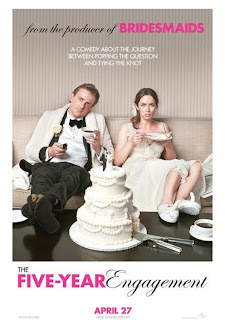 Posted by Metro Property Management at Tuesday, May 22, 2012 No comments:

Full Steam Ahead into May

From the desk of Leah Calnan, Director of Metro Property Management

In news at Metro this fabulous month of May.


The team and I most recently popped up to the Gold Coast for the annual Leading Property Managers of Australia  (LPMA) Conference, it was an informative couple of days with some great speakers and presentations. It’s always great to see what other businesses are doing and what we as a company can learn from them and implement. I know that Samantha Taylor (New Business Manager) and Eleanor Dewar (Leasing Specialist) certainly got a lot out of the conference themselves, as did I. The LPMA Awards night was also a highlight of the trip. Although no wins we felt like stars on the night, dancing the night away and coming away with some beautiful Finalist trophy’s, Metro PM for ‘Property Management Company’ of the year and Eleanor Dewar for the ‘Rising Star’ Award. A great time was had by all and we hope to bring home a few wins next year. 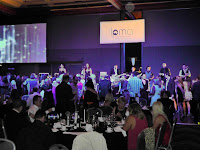 Mother’s Day is this month, just a friendly reminder... in case it has slipped your mind, and this year it falls on Sunday the 13th of May. We all hope you have something special planned for your mothers, if not you best get shopping! Many of the Metro PM Team and their families are taking part in the famous ‘MDC’ or ‘Mother’s Day Classic’ Fun Run. We are walking to raise money for Breast Cancer research. Every dollar we raise through fundraising goes towards vital research into the prevention and cure of breast cancer. You can help us to make a difference in many Mother’s lives by donating online here http://ow.ly/9V9MN Why not donate as a gift to your mum? You can personalise a message for them on your donation too if you like!


And in other news this month we are holding our third complimentary ‘Metro Wealth’ seminar of the year entitled “First Time Investors” presented by Financial Planner, Nicholas Don. The seminar is being held on Monday the 21st of May at 6.30-7.30pm here at our office located at 461 Whitehorse Rd, Balwyn. If you are currently thinking of investing for the first time, if you have some savings or equity, or if you haven’t thought about property but want to build wealth we think you should consider joining us for this informative session (Seats to these events are often snapped up quickly, so get in quick as seats are limited to just 15!) Contact Melissa Venn at melissav@metropm.com.au or on 03 9831 3006


Well that is all for now from the busy Metro PM team and I.