An Exciting Month Ahead with a Big Announcement!

From the desk of Leah Calnan, Director of Metro Property Management

It's with excitement and enthusiasm that we announce the joining of 'One Property Consulting and Estate Agents' of Ashburton with us here at Metro Property Management.

The joining of the two businesses is part of the expansion plan of even more suburb coverage across Melbourne. With well over 2000 properties under management and now close to 200 suburbs covered, why wouldn't we be the logical choice for expert property management services?
We also welcome the amazing knowledge and skill set of team members Kristy Lubransky, Nivek Dunne and Kaye Tait.
I am looking forward to meeting all our new clients and am excited about bringing many new elements to their property management experience now and into the future! 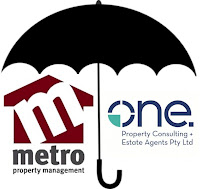 Until next time...
Posted by Metro Property Management at Thursday, May 30, 2013 No comments:

Each month a team member of Metro writes a movie review to share with you. And this month team member Marie Dunkhorst has reviewed the movie ‘21 and Over'. Directed by: Jon Lucas and Scott Moore, Starring: Miles Teller, Justin Chon and Sarah Wright.

If you haven’t watched a bad movie this year yet, this is the ONE.

You’ll get the 'American Pie' version of 'The Hangover' just on a much smaller budget. When Miller (Skylar Astin) and Casey (Miles Teller) take out their best mate Jeff, played by 'The Hangover’s' Justin Chon, what a magnificent choice for his 21st Birthday, the night before his big medical school interview. As you can imagine everything gets out of control.

'One beer' turns into a night of excessive drinking and soon they don’t know where they are anymore or how to get back home to Jeff’s place. A wild search starts and the boys find themselves in the most random places and situations. The writers of “The Hangover” (that wasn’t surprising now, was it?) have tried hard to make 'gross-out' situations hilarious. For most teenagers this movie might actually be kind of funny, but for us, people in the adult world, a 'full on' drunk on a riding bull spewing his guts out is not even close to being funny.

My verdict: Don’t waste your time. 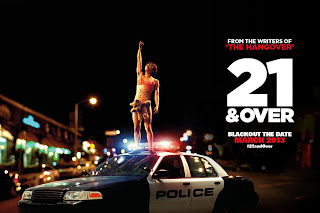 Posted by Metro Property Management at Friday, May 24, 2013 No comments: