Each month a team member of MetroPM writes a movie review to share with you. And this month team member Alice Connaughton has reviewed the movie ‘The Hunger Games - Catching Fire'. Directed by: Francis Lawrence and Starring: Jennifer Lawrence, Josh Hutcherson, Liam Hemsworth & Woody Harrelson.

Firstly I'd like to say that if you haven't seen the original 'The Hunger Games' movie then I suggest you do. Following on from 'The Hunger Games' original film, 'Catching Fire' begins from when Katniss returned home safely after winning the 74th Annual Hunger Games with Peeta. In the original film most will know that at sixteen Katniss volunteered in her sisters place to enter into the games and was forced to rely on her sharp instincts and was mentored by the drunken Haymitch. Winning the 74th Annual Hunger Games meant that Katniss and Peeta are required to turn around and leave their family and close friends to embark on the 'Victor’s Tour' of the district. This occurs from the commencement of the film, it is intense and flows back to 'The Hunger Games' film. It certainly is a film sequel where you need to see the first to fully understand the next. If I had the time, I would have preferred to see 'The Hunger Games' and then flowed into seeing 'Catching Fire' so that everything was clear in my mind when it came to the storyline.

I must admit at times I was a little lost in what was happening, but as the movie progressed it all fell together. Throughout the film Katniss was sensing things where not right. The Capitol throughout the film is very much in control as President Snow prepares the 75th Annual Hunger Games, The Quarter Quell.

Not giving too much away, I highly recommend seeing 'Catching Fire'. A movie that is certainly interesting and captures your attention throughout the entire film. This is a perfect film to watch with friends or family. 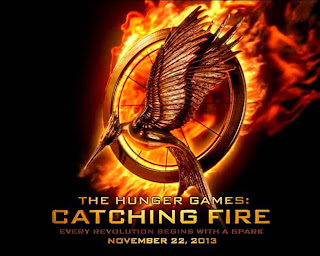