Denzel Washington hasn't put a foot wrong in his plethora of leading roles over the years and 'Flight' is no different.

Playing the role of Captain Whip Whitaker, an arrogant airline pilot who lives a lifestyle of drugs, copious amounts of alcohol and conscionable discern for consequences. Denzel is both convincing and infuriating.

You find yourself emotionally connected from very early on. Feeling the pain and frustration of those trying to help someone who won't help themselves. While the underlying physics of the heroic landing appear somewhat questionable, so too does the role of Whip. I found myself undecided between hero and villian as the investigation into the days proceeding the crash reveals the ugly truth of addiction.

Captain Whip finds himself entangled with a recovering addict. One might presume this would have a positive impact on the emotionally turbulent hero. Instead, Whip finds himself spiralling out of control with fear, guilt and denial reaching an all time high.

Ultimately, the truth sets us free. However, this certainly is not a feel good flick.
My recommendations; don't go with a pilot and don't wear a white top if you are going to eat a choc top.

I give this movie a 14/20.
My pilot friend gives 18/20, although anything with an aircraft is an easy way to score points with that one! 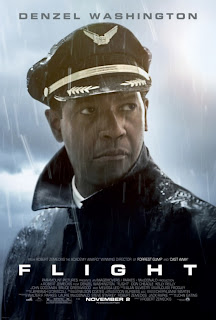 Posted by Metro Property Management at Thursday, February 21, 2013 No comments: